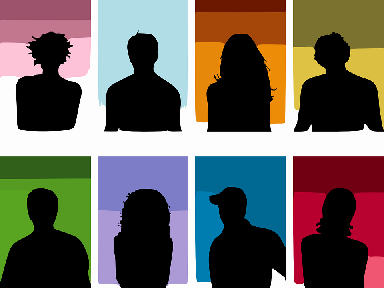 Characters are the foundation of every story. If your readers can’t connect with the characters, they’ll put down your story. Some characters change and grow over time, and other characters remain the same. Howard Tayler of Writing Excuses calls characters that don’t change over time iconic characters. Think of a James Bond or a Conan the Barbarian character where the world changes around them, but not the main character.

Before moving on, let’s establish conceptual clarity between a stereotype and an archetype. A stereotype relies heavily on using widely believed characteristics of a person from a recognisable group. In the case of French Canadians, there’s a stereotype that we are all lumberjacks, spend our time making maple syrup, are farmers or work in menial jobs. Think of a group that is “other” than you, and you’ll come up with an image of how they dress, talk, where they live, and their general vocations. Some of those portrays may be accurate to a degree, but most won’t be.

Stereotypes can be harmful to individuals in that group, and the reader can find them boring to read.

Archetypes are different from stereotypes because all cultures have healers and warriors (and so on). However, how each culture expresses its “warrior-ness” differs. A Canadian soldier in 2021 has certain equipment, extensive training in specialised fields (paratrooper, infantry, tank commander, etc.), and a certain mentality that draws them to work and that particular position. An Aztec warrior has different equipment, different training, and but likely the same motivation to be a warrior.

I was asked by @LouSchlesinger if and how I use archetypes to build my characters systematically. The simple answer is that I don’t use archetypes. The more in-depth answer is that I build my characters from the trope and setting out. For Novella 2 of Heartened by Sport, I decided to write a second-chance romance in which the sport of choice (remember it’s part of the Heartened by Sport series) would be pickleball. I thought this sport was unique enough to create interesting circumstances for the characters to interact while engaging the reader. From there, I fleshed out the characters to understand their deep hurts (the reason why they aren’t in a romantic relationship {at all} and, more specifically, why they aren’t in a romantic relationship with their counterpart in the book).

I strive to make unique but believable characters. I often pick careers that aren’t top of mind in romances. Even when I write historical romances, I strive to give the women plausible means to sustain themselves that remain in keeping with the time and social constraints. If they are upper class, I aim to give them unique hobbies that make them stand out.

Why? The simple reason is that I work to create unique characters that readers will relate to and cheer for.

I don’t write to archetypes, but I play around with the dynamic between conflict, career/occupation, and setting. I explore ways that certain careers (combinations of his/hers) create problems for the individual and a romantic relationship. Perhaps someone is a salesperson who is always travelling. Long-distance relationships can be tough. Perhaps one is an early childhood educator who always catches colds and cases of flu from their young charges and hampers their social life. Perhaps the characters work opposing shifts, which adds complications if they are parents and trying to keep a strong marriage while coordinating childcare responsibilities and staying in touch with family and friends.

Each occupation has certain benefits and hindrances. Certain personalities (archetypes) are likely to gravitate to certain professions. There’s also a push-pull between the characters, their interests, their professional interests, and the relationship (in a romance) they seek to establish. Map out the conflicts between these layers and have fun with them. You’d be surprised how you can make each character, personal development arc, and romance unique.

Sure, certain themes are common in romances, but how each character and couple overcome them makes them memorable (or not) to readers.

When developing characters, I focus on unique events in their lives, how those events lead to decisions, and the consequences of those decisions on the character as they mature. What happens if a nurse (healer archetype) is also in desperate need of healing because of a chronic illness? What happens if the character who is a teacher (college instructor, corporate trainer, university professor, the most senior person on the team responsible for onboarding new staff, etc.) is the one who needs to learn the world isn’t the same and they need to adapt?

There are many dynamics to explore to add depth to your character. I choose to start with the trope, theme, and setting of the book. I drill down to career and hurts, and from there, I sketch their layers of conflicts, personal goals, deep hurts, character beats, and plot beats.

Archetypes are interesting to expand and explore. Delve deeper into a character’s background and occupation to highlight what makes them unique. They’ll be more interesting characters, and your readers will be more engaged.

How do you use character archetypes in your writing? Reach out on Twitter @reneegendron to continue the conversation.

Thank you, @LouSchlesinger, for the topic suggestion.