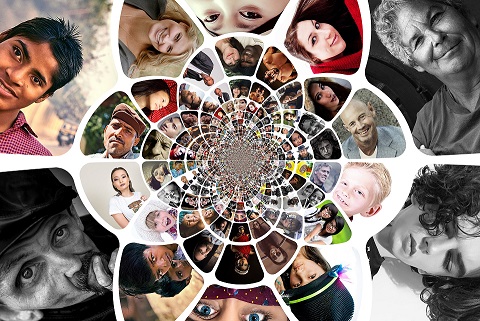 Writers often write ‘the other’. The ‘other’ are characters from different genders, backgrounds, ethnic groups, religions, occupations, lived experiences, and political affiliations from the author.

A cast of characters from different walks of life makes the world more immersive and the story more engaging. Each character has a unique background, personality, traumas, strengths, and weaknesses.

There is an inherent challenge of writing characters from different backgrounds from the author. Too often, writers fall on writing stereotypes. This is both insulting and lazy writing. People from ‘the other’ have rich and diverse experiences, viewpoints, opinions, personalities, skills, talents, and passions. Shortchanging ‘the other’ means you do a disservice to the reader and the story.

Writing caricatures will likely offend many readers and will weaken the stories. Readers crave authentic characters—characters they can relate to, love, hate, and cheer.

Authentic characters have individual goals. They have individualised hurts from a rich and textured background. A person who grew up poor but in a loving family will have different coping mechanisms and a different outlook on life than someone who grew up poor but was abused throughout childhood. Each character has a different willingness to trust strangers, coping mechanisms (some healthy, some not), skills, talents, lost opportunities, resources, seized opportunities, and dreams.

Let’s consider a character raised in an impoverished but loving family. Her name is Lisa. She was raised with the belief that family is everything. Her family spent every night doing things together—hiking, board games, card games, gardening, household chores, social events. There were always people around, visiting, socialising. All the neighbours had a similar background. All their fathers worked at the mill, and all their mothers had jobs as cashiers at the grocery store, household cleaners and school bus drivers.

Lisa is caring, nurturing, and very social. She loves spending time with her family and community. She participates in countless community events through her school, her hobby group, her religious group, and all the events of her siblings, their spouses, and their children.

Lisa trusts easily because she grew up in a tight-knit community of hardworking and honest people. Lisa trusts the wrong person too easily, which leads to disastrous outcomes.

Everyone Lisa knew had similar jobs, similar education levels, and a similar outlook on life. There was no ‘getting out of poverty’. Everyone accepted some bills wouldn’t be paid on time—or ever. No one thought of learning a different trade. No one thought of leaving the community for better prospects. If someone didn’t have enough to feed their children, the neighbours knew (but never held it over their heads) and showed up with casseroles for dinner and bread and cheese for breakfast. No one ever asked for food, and no family ever went without.

Lisa grew up accepting minimum wage jobs were her future. Her ambitions are more social than economic. She wants to be a good wife, mother, and neighbour. She’s devastated when the local mill lays off staff, cutting the second shift, but it never occurred to her to start her own business or move to another town with a mill that’s hiring. It doesn’t occur to her to save money (not that she ever had much left over), and she’s afraid of leaving her tight-knit community for another job because she’ll miss them too much.

Lisa’s background, upbringing, and outlook on life influence her decisions. Her background and personality need to be reflected in the story.

Marilee was left alone for long periods throughout her life. She wasn’t a fussy child because she learned early on no one would comfort her when she cried when she was hungry or wet or scared.

She had one stable adult in her childhood, the kind old lady across the hallway. Hazel. Hazel ensured Marilee had at least one hot meal and clean, dry clothes once a day. Hazel minded Marilee when Marilee’s mother saw her clients.

That was, until a client, in a drug-induced rage, burst out of Marilee’s mother’s apartment, and murdered Hazel in front of Marilee.

Since then, Marilee fended for herself. Eating bread, instead of sandwiches. Marilee’s mother never enrolled Marilee in school, so Marilee has no formal education. Social services have no record of Marilee’s birth and don’t check in on her. Marilee is semi-literate, has no positive role models, no support system, and lives in a high violent-crime area. Everyone around her is involved in crime in some way.

Marilee doesn’t have the contacts or resources to leave her community. She doesn’t have the basic education to work her way out of her area. She doesn’t have a network to gain access to opportunities. Her horizon is short-sighted. Everything is in survival mode. She doesn’t trust men because her father abandoned her, and her mother was abused by a string of violent, drug-addicted, criminal boyfriends.

Marilee trusts no one. Having a child would be her death knell because of the costs and burden. She doesn’t have any friends. She has no hope or dreams and has a very pessimistic outlook on life.

Her background influences her choices. She’s not the type of character who will be a team player from the start. She may learn to play well with a team, but that won’t be her starting mindset. She’ll be looking out for number one: her. She’s also more likely to quit a team, take the cash and run, and be desensitised to violence.

Writing the other. That’s the point of this post. I gave you two different character profiles from the same general background of reduced economic circumstances.

When writing a character from a different background, gender, ethnic group, linguistic group, occupation, personal lived experience (incarceration, war veteran, abuse, etc.), religion, completed education, (and so on), make them unique. Give them each unique goals, motivations, and conflict.

More to the point, do your research on the constraints of each variable. A woman who is a mother and a plumber faces different constraints than a man without a wife or a child. She will have to juggle childcare, missed parent-teacher meetings, and overcome stereotypes from her colleagues and customers that women aren’t good plumbers or aren’t strong enough to be plumbers. She’ll also work irregular hours (ruptured sewer lines or clogger toilets at 03h00) which means she needs different types of support to watch her child.

These are some nuances with which writers can play. What if your MC was a male plumber who was a single father of two? How would that impact his day if he had to turn down jobs because he couldn’t find a babysitter?

Writing the other is about being realistic. It’s about exploring the nuances of perceptions, the impact of upbringing, the role of resources (or lack thereof), and the dynamic between nurture versus nature.

Explore those divides. Make the joys and pains real. Make the dreams believable and the nightmares raw.

Above all else, make the characters deep. Don’t make them two-dimensional cut-outs. Give them dreams, fears, personalities, resources, traumas, and spirit.

Writing the other is about respecting and acknowledging the richness of our lives.

Thank you, @JPGarlandAuthor, for the topic suggestion.

How do you write the other? I encourage you to continue the conversation on Twitter. Tag me with @reneegendron