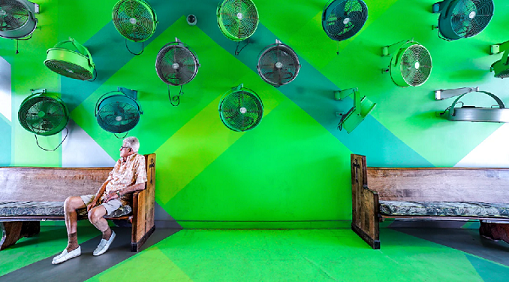 We’ve all heard of romances with dukes and ladies dancing in London ballrooms. Perhaps there’s a small town by the beach with an ice cream shop where a couple falls in love and shares their first kiss. There’s also the possibility of a ranch where a cowboy/cowgirl falls for a city slicker. These are all tried, and true settings of romances and romance readers eagerly wait for the next story.

What of other romance settings? What of unconventional places that offer unique constraints and obstacles to the main characters seek love? Let’s consider a chicken coop. (Thanks @DewayneKizzie) for the suggestion. There are all types of chicken coops. If you’re writing a historical, a chicken coop can contain a dozen hens. If you’re writing a contemporary on a large farm, a coop can contain tens of thousands of hens. What kinds of hazards does the romantic pair face in a coop? Perhaps a rabid fox or air quality issues? Perhaps there are challenges with collecting so many eggs in such a large facility. If it’s a modern facility, workers may resent working conditions, come from multiple nations, and experience communication issues, seek to form a union, or face health and safety hazards. (Chicken manure is considered hot because of the high concentration of ammonia).

Original settings engage the reader because they can’t anticipate the hazards and obstacles. Romances are driven by internal, interpersonal, and environmental conflict. Let’s say there’s a plane crash in a swamp. Each romantic lead needs to address a particular fear or trauma. Each lead also needs to develop a relationship with their counterpart. Often the relationship-building is rocky, full of miscommunications, challenges, and baggage.

On top of that, they need to address environmental constraints. In a historical western, the leads might face foul weather. In a contemporary boardroom romance, they may face a tight deadline from an overbearing client. In a plane crash in a swamp, they may face venomous snakes, apex predators, and disease.

The more unique hurdles you can throw at your characters, the more challenging it will be for them to reach their happily-ever-after. Great work!

Let’s look at some unconventional settings for romances. Perhaps your MCs work at an airport. One works as a baggage clerk loading the planes, and the other works for an airline company at the front desk checking in customers. One obvious constraint is time. Both are likely to work opposite shifts and have unsocial schedules. The person at the counter may also have to work for some flights. Here are some additional stresses: working at an airport requires a security clearance. If one or both of the main characters engage in risky behaviour, they may lose their clearance and jobs. Depending on the clearance needed, if one romantic partner loses their security access, the other person’s access is also revoked—known associates and all. How would that impact the romantic relationship if both lost their jobs because one did something reckless like drunk driving and wounded someone?

I’ll take a stab at another unconventional romance setting to illustrate how much fun they can be. Let’s use the example of a food assembly line. Each day the romantic leads stand in front of a conveyor belt and examine canned or packaged goods for quality control. They have quotas, stand all day that might hurt their knees and lower back, the job isn’t all that interesting, and the pay might not be that great.

What kind of problems does this romantic pair face? All sorts from financial stress, to challenges in wanting to move up in the company, to stressing over being replaced by further automation and being uncertain which career paths to take after they are made redundant, to worries over having their work outsourced overseas, to wanting to develop their food product and starting their company.

Don’t be afraid to put your romance in new settings. It allows you to explore different social dynamics, different economic challenges, different ecological constraints, and most importantly, keeps your reader engaged.

Readers appreciate characters who have lives beyond the love interest. By that I mean, they can’t always drive across town to be with their live interest. Most people need to work for a living. Sure, you can take some time off or work flextime, but the time needs to be made up. Most towns have rush hours and road construction and detours that cause delays. There’s rotten weather that impedes the ability of a love interest from leaving their residence, reaching work, or going out after work. Quite a few people have children and need to take into consideration childcare responsibilities before accepting to go out for drinks after work. Most people must be careful with their money. They can afford to go to a restaurant that isn’t fast food every now and then but can’t afford to go every night.

When writing in a unique setting, be sure to:

-get real about the setting and research it. The more authentic details you can provide, the more immersive of an experience you can provide your reader

What kind of original settings do you place your characters in? Reach out to me on Twitter @reneegendron

Some of the worlds I've built 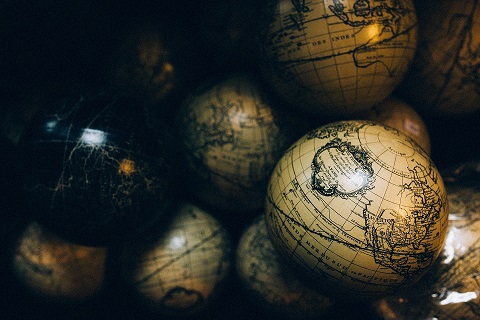 This post will be about the confessions of a fantasy romance author. At least, that’s how I first pegged my writing career to be ten years ago when I started writing again. One of the major issues I must fix in the fantasy series is world-building. There’s simply too much of it. Pages of it at a time. I became engrossed in explaining the world (a rather cool world) in detail that I lost the plot.

There are twenty-nine books (!) in that series, fully written but needing deep edits before I can publish them. That’s 2.5 million words to rewrite but rewrite I must because I botched the world-building.

Rishab (@elkloriaseries) asked me to go into detail into some of the cool worlds I’ve built. I won’t add any spoilers, but I’ll include some hodge-podge snippets in the different worlds I’ve created. I’ll lean more towards scenery as information on culture, economy, and social set-up for the romantic interactions tend to need more space than a paragraph or two.

North of the settlement, Sanders stood on a boulder, his head angled towards the night sky. Thousands of fireflies blinked blue and purple in a vastness of sparkles. Transfixed on the inky blank above, the vastness of the night twinkled millions of points of golden light, but only one home of the true and proper gods. A planet, pink with rings, to the east was the eternal Home to those he knelt daily in prayers.

Hunched forward, João inspected a silver spoon. Two hundred years old with the mark of an unimportant silversmith, the spoon was tarnished and from the defunct kingdom of Britain. Its only value was for scrap to be repackaged into low-grade wiring.

The door to his shop opened, and silver chimes sounded a not-quite-welcoming sound.

Clad in black leather and a low-cut tank top, Angelo strutted towards him. He has his mother’s almond eyes, and his father’s means streak, and the same grit and edginess all Stranded had. Never at home in Nippon, but unable to return to Brazil. Stuck in a place that didn’t know what to do with them and unable to go to a place they’ve never seen.

At the edge of the unending Prairies was a series of rocky cliffs and land so inhospitable that the earth cracked open for miles, barring all travel. Pocked and scorched and ragged, the gouges on the ground were three-thousand-year-old scars that shied away from existence.

The wind didn’t howl, more of a low-grade eerie whistle that blew in the ear. Deep and powerful, the desolation of the end of all rolled up and down the mountains into a swirl of opportunities and hope. No sweet-nothings, but a low hum that was constant and rattled the bones to ensure the desolation that was outside reverberated and sunk into one’s marrow.

The end of pocked earth led to an abundance on the Prairie. The foot of the mountain that sprawled into an unending carpet of swaying grass that spanned all realm of possibility for those who had the backbone to withstand lung-seizing cold and endless calving season of labour that left insomniacs asleep for days on end.

James pumped his legs up the incline of the hill. The ground parched from three years of mild drought was loose and full of exposed roots. He pressed upwards. To his left, a bog with swaying cattails from the breeze blowing across the St Lawrence. A vast forest jutted out of rocking outcroppings, rolling hills, and ringing inlets and coves to his right.

A haze hung over the region, part smog blown out of the Ottawa Valley, part heat captured on the kilometres of the 401. Tractor-trailers leaving their marks on the region in an endless plume of belching smoke and cars zooming by farting out their exhaust, pretending no one noticed. The trees noticed.

On top of the incline, James stood, puffing air. The majesty of the landscape captured his imagination, touching on some past of ancestry, connecting him to them and the reasons they kept pushing west from Halifax until they reach this spot. This spot of contrasting greens and tall trees. This spot where forest sounds soothed and inspired. This spot in the middle of nowhere that offered enough abundance that if the farm failed, there would still be enough to provide for a wife and children, and parent, and grandchildren, and neighbours, and parishioners, and the occasional settler who wandered too far as to exhaust their funds.

This spot. Of beauty and abundance and history and future.

Miranda hoisted a hip on a barstool with a broken leather cover. The entire place smelled of the 1960s—old pot, a house with a smoker in it twenty years ago, and stale beer. Yet the blue and white colours of the Toronto Maples above the bar were bright and modern. The patterns of the hockey jerseys lining the bar ranged from modern to when the Leaf’s were called the Toronto St. Patricks, were white on green still ruled.

She bit into her gourmet burger, ignoring the outdated paper placemat under the plate.

The flat-screen televisions above the bar were muted but displayed sportscasters adamant in their views on who would win this game or that. Politicians debating the merits of going to war never had such fervour.

A drop of warm grease trickled out of the corner of her mouth. She dabbed it with a paper serviette, uncertain if she caught it all, indifferent if she had.

Somewhere behind her, a pair of men shouted at the television screen. The Blue Jays gave up three runs on a single play, and the patrons had lost their reasons to live.

I have 16 worlds in the works (no word of a lie!)  I hope you appreciated snippets into the worlds I’m building.

Thank you for reading. Please note that I have a newsletter you can sign up to to receive updates, advance snippets, and writing advice.  You’re welcome to reach out to me on Twitter @reneegendron to continue the conversation