How to write longer pieces without adding fluff 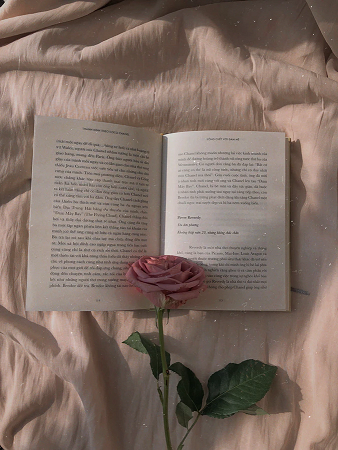 Fluff. It’s the distractions, the pointless subplots, the loose ends, the unnecessary details that distract a reader and diminishes their enjoyment of your work. How can a writer ensure that a book is engaging through the entire story?

I’ll focus on external conflict, but the principle works the same for internal conflict. Make sure the conflict requires several try/fail cycles. Each time the character tries to resolve the conflict, they fail but learn something. When the character tries again, make sure to make the problem more complicated, so they aren’t always doing the same thing over and over again.

I struggled with this in A Gift of Stars. It’s my first fantasy romance book and the first in a series of 29 (which are all written but in need of editing). Remember, I aim to write 50% romance and 50% non-romance plots. One of the main problems with the non-romance arc is that the MCs’ problems (attacks from raiders) are predictable and don’t force a change on the part of the MCs. I have 13 raider attacks of various sizes throughout the book, and I’ve been mulling over which to cut, which to reduce, and of those that remain, how to make each attack unique.

This article is as much a service to you as it is to me as I figure out how to sharpen that fantasy arc. Thanks for reading.

All right. Thanks for letting me take that detour. I hope it didn’t cause the plot of this post to sag.

Let’s say your MC has to venture out into space with a platoon of soldiers to deal with an antagonist. During their mission, they are attacked by pirates, and two of the platoon members die. One of those who died was a medic, and now the crew has lost a core survival skill. Along their journey, they go through an asteroid belt, and someone is injured. Under normal circumstances, the injury would be easily treated, but the medic has died, and the simple enough injury isn’t so simple to the non-medic crew. Oh, did I mention the injured crew member is also the pilot?

Such missions usually have a depth of skill to ensure there are a backup medic and pilot, but you can arrange your story so that the back-ups don’t have the same degree of competence or confidence. The difference in skills creates new problems, a new conflict between crew members, and new issues the MC must address to fulfil their mission.

If you wanted to write a longer book, you could add additional conflict between the characters. One character has access to the engine room and has locked everyone out because they are having a personal crisis. The other characters must access the engine to repair it. If they don’t repair it within one day, it will overheat and break down, leaving them stranded. Note that I added a ticking clock (one day). You can add additional complications by having an infestation of the food supply, and several of the crew members can’t eat what remains because of the differences in their biology. That’s another ticking clock, and that will change the interpersonal dynamics of the crew.

A word of caution. Don’t create problems for the sake of creating problems. Make sure that each problem relates to a fear or weakness of the MC. The more problems you throw at a character’s weak spots, the more you force growth or regression. Character development isn’t linear. People regress to bad habits and behaviour when stressed. Stress them out. Have their father call at the worst possible time. Have the boss move up the deadline of a project, which conflicts with a required medical procedure. Have the MC’s child fall ill, and the MC’s car breaks down on the way to the doctor. The MC doesn’t have the money to take a cab, it’s too far to walk, and the child’s just thrown up on the MC’s shoes. Oh, it’s windy and hot, it’s dinner time, but the MC hasn’t eaten since last night. Oh, and the boss texted the MC that they’re fired.

In the sequence outlined above, there’s a reasonable progression of events that make the situation plausible. Even in a fantasy or sci-fi setting, the events need to make sense. The order in which the problems and conflict happen also need to make sense. Usually, it’s a minor problem that snowballs into bigger ones. However, you can structure your story to start with a larger problem the MC is confident they can handle, and a progression of smaller problems drown the MC and the last, tiny, small, easily fixable problem of running out of mint tea, snaps the MC’s patience and they spiral downward. One problem too many.

People want to see that progression and root for the MC who finally stands up for themselves or cry for the MC who sees their lifelong dreams turn to vapour.

A second way of writing longer pieces without adding fluff is to force the character to choose. By the third or fourth chapter, the MC is presented with a difficult choice. The author can dedicate one quarter or half of the book addressing the consequences of the choice and the character’s efforts to get back to where they were at the ¼ mark to resolve the central conflict.

In forcing the character to make a choice, you can also change the outcome of the book. The choice can become the best thing that’s happened to them or the worst. The choice can damage key relationships for the MC, and the MC spends the rest of the book trying to repair trust. The choice can have explosive consequences on an environment or planet.

A choice must be tied closely with stakes. Stakes refer to what is gained and lost. Gains and losses come in many different forms. They can be a personal sacrifice of not having a career. It can be one error that costs them the scholarship and their only chance out of their poverty. Stakes can relate to self-worth, finances, family and friends (loss of), environment, culture, and community. Some characters are motivated by gain, and others are motivated by fear (of loss). Figure out your character’s motivations and play around with them to see how they relate to choices.

Let’s take, for example, Bertram. He’s the lead character in my first western historical romance. He faces a choice of telling the woman he intends to marry who he truly is or carry out hiding for the rest of his life. He’s hidden his true self for 30 years, and the one other person to whom he’s revealed his real identity brutally rejected him. Ruthanna, Bertram’s romantic interest, has the choice of fulfilling her father’s dying wish and securing her mother’s and sister’s financial future or saving Mack, Bertram’s brother.

These choices have an emotional, psychological, financial, and/or moral consequence on the characters. They are not to be taken lightly, and the decisions force character growth and the book’s direction.

How will you alter your try/fail cycle to lengthen your story? How will you sequence your problems (minor to significant, catastrophic to minor, personal problems first followed by work problems, etc.)? How will you manage your stakes? What choice do you force your MC to make?

Let’s keep the conversation going on Twitter. Reach out to me @reneegendron

I’d like to thank @_levangelis_ for the topic suggestion.