Love in a time of war 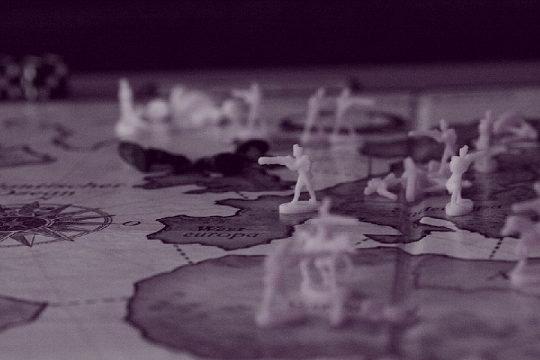 War—the ultimate conflict when communication has broken down and words have given way to violence. Many romances are set against the stage of war with military personnel as main characters and violent armed conflict as the background.

War settings have the ultimate stakes for the individuals and society. Violent armed conflict poses immediate risks to the lives of the characters and their loved ones. War jeopardises livelihoods and the economy.

In situations in which war is the driver of the economy, there are trade-offs for the characters. They might pay higher taxes, have fewer social services, or not be able to pursue their aspirations because their labour is redirected to the war effort. Their might also have been jobs in the war machine that would not have been available otherwise. Jobs in armament factories where people made friends, found love, and career advancement.

War also creates high-stakes moral dilemmas. To what degree, if any, does a society give up some of its freedoms (blackouts, curfews, rations, and so on) to support a war effort? To what degree are individual rights curtailed (a military draft or redirecting labour to produce armaments) to support the war effort?

These high-stake questions amplified personal and interpersonal conflicts and dilemmas.

Love in a time of war highlights the capacity for both compassion and savagery in individuals, and those emotional contrasts make for a terrific story.

Navigating these complex relationships tests resolve, strengthens some relationships, and destroys others. Maybe the LI doesn’t have the stomach to wait for the FMC to return or they have painful memories of a family member who was killed in another conflict.

Love in a time of war is both uplifting and crushing. Social norms can be relaxed or tightened, changing how people form and maintain romantic relationships. Relationships might be formed quickly because both parties fear death and want one last good memory before heading off to the front. Relationships might be harder to form because of travel restrictions, rations, roadblocks, and other impediments.

What is love in a time of war?

Is it one last romp to seek some pleasure?

Does it afford opportunity for introspection?

Does it unite people who normally wouldn’t associate, in a common cause?

What happens to those relationships after the war?

Do they stay together, or they disintegrate?

War, like romance, risks everything and loses or gains it all.

How do your characters act during war? Let me know @reneegendron on Twitter.

Thank you @Sstaatz for the topic suggestion and @Joa70 from Pixabay for the image.