Sex Scenes. The why and the what and the how 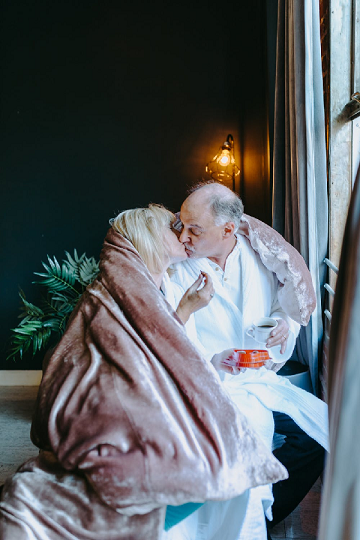 Ah. Sex scenes. They can be scintillating, pointless, or boring. In this blog post, I’ll go over what makes a great sex scene and things to avoid when writing them.

The first thing about sex scenes is to know their purpose. Sex for the sake of sex bothers readers because it doesn’t add to the story. Sex needs to further characterisation, advance the plot, and serve a purpose in the book.

If your character is running away from the antagonist and your MC is dodging bullets, they don’t have time for sex. It makes no sense to duck into a warehouse, find some random person, have sex, then run away, narrowly escaping enemy agents, spies, aliens, or whatever else you throw at them.

Sex must advance the plot. If you’re writing erotica, in which sex is the plot, the type of sex (location, heat, partners, etc.) must define the characters. Some characters are shy, and their personality will influence locales and types of sex. Other characters are more forward, and how and when they choose to have sex must reflect their personalities.

How can sex advance the plot?

Where do you place sex scenes in a book? Usually, except in erotica, after the midway point of the book.  Why? The reader needs time to understand your world and character. If you place a sex scene too early in a book, the reader won’t understand its function.

Sex scenes work best as a counterpoint to other plot points. They can follow a moment of intense emotional intimacy or a spot where the characters feel confident they will accomplish their goals (and then after sex, things fall apart in many ways). Or sex scenes can serve as complications. For example, your MC finds out the person they just slept with is married with children. Additional complications include their spouse is pointing a loaded shotgun at your MC, who is still naked in bed. To give your MC a terrible day, have the spouse be in organised crime, and your MC is heavily indebted to them. Not an ideal time to renegotiate the terms of the loan, eh?

The second thing about writing sex scenes is to understand your genre. Do people expect to read a sex scene in a ____ book, and if they do, what degree of heat do they expect? Most genres lend well to sex scenes, but it hinges on how well you’ve set up the story and expectations. You set expectations by having a clear blurb and back cover. If you hint there is high heat (explicit sex), readers will know what to expect. Readers who don’t like high heat won’t buy your book (and that’s okay).

How do you set up the heat levels (to manage reader expectations?) Sexual tension. Sexual tension is defined by how much (or not) your character notices the love interest. The more your MC pays attention to the love interest, the more prepared the reader is for a high heat scene. If, however, you play down those reactions, the reader is prepared for a kiss scene or a fade to black scene.

Let’s compare two examples. The first is from my short story Frontier Love in my collection Heartened by Crime.

Mr Adams stood tall and proud, the tip of his nose red, a blue scarf pulled tight around his neck. “Here.” He reached out and cupped her hands, bringing them inside of his cloak.

Heat surged through her body. Curse her mittens and his clothes for being in the way. This must be why English ladies swooned.

Andrée-Anne (the FMC) is formal with her love interest—Mr. Adams. His gesture of placing her hands in his cloak is chivalrous and innocent by today’s standards. However, for Andrée-Anne and her period (colonial Canada), it is a provocative act.

Here’s another scene from the story:

She retrieved a shirt from the basket on her feet and frowned. She held her gaze on the stitching, enjoying the sensation of Mr Adams’ gaze settling on her. The tug to look at him turned into an irresistible pull.

“Whoever stitched these,” she said, “did a poor job. The stitches couldn’t have lasted more than a day or two.”

“It’s lousy business.” Her brows knitted together. “Better to be known for good work than poor work.” She threaded her needle.

His gaze was still on her, warm and curious. A tingle raced down her spine and settled low at her centre.

There’s an attraction, but it’s quite innocent.

As a writer, you could amp up the attraction, build up the heat (explicitness) as the story progresses, making a high heat scene expected and welcomed.

There’s the option of a fade to black scene or alluding to sex. Mary Robinette Kowal’s Glamourist series does this exceptionally well (fade to black). Sherrilyn Kenyon’s The League series has excellent examples of high heat sex scenes.

Here’s the opening of Indebted to You in Heartened by Crime:

A splinter of awareness crept into Leigh’s thoughts. She lay on a comfortable bed, someone’s breath warmed her neck, and a protective hand rested on her hip. She lay naked, pressed against another naked body. A firm one at that.

Last night. Ah. The blond in the bar she had met while playing darts. The man with the seductive eyes, athletic body, and tongue that should be worshipped as a religion.

She sighed happily, then eased away from Steve’s embrace. Or was it Samuel? No. Something more unusual. Stockwell. His name was Stockwell.

“Where are you going?” He tightened his grip around her.

“At least let me make you breakfast.”

She turned to face him, took in his angled features and the hunger in his eyes. “I have to go.” She leaned forward, pressed her lips against his for the briefest of moments, and pulled away, swinging her legs over the edge of the bed.

The previous night’s sexual encounter was implied but not described in detail. When sex is nonexistent or is inferred, the book is considered low heat.

The more you increase sexual tension, the more the reader expects explicit sex.

You can increase sexual tension by:

I’d like to mention a third point when writing a sex scene, focus on the emotions, not the mechanics. Readers will need general information such as location and position, but they don’t need every single motion. If you add emotion, you’re deepening characterisation.

Here’s an excerpt from James’ and Mirabelle’s story. It’s a contemporary romance I aim to release in 2021. It doesn't have a name because titles come last for me. I do know the name of the series, however. This is book one of the Outdoorsman Series. It’s written but not fully edited. All errors will (I hope) be corrected by release. That said, it’s a reference point for how to write explicit sex scenes.

Firm hands held her hips, keeping in her place, he licked her slick folds. He flatted his tongue against her. Wet, soft, tender. Bliss.

Bright energy coiled inside of her, tightening and twisting, racing up every nerve ending. Every sense focused on him. Gentle sucking noises drowned out all sound of existence. His masculine scent, a musk that was uniquely James. His hair tickled the inside of her thigh, and that one spot on his cheek he’d missed shaving electrified her skin. His fingers spread under her, in control but gentle. His hair still glistened from their shower, now tussled from her fingers.

She shifted left; he stayed with her. She squirmed, he laughed. She shied away; he pulled away. She arched against him; he stuck his tongue out, letting her roll her hips — seeking, feeling, on the point of breaking.

A thread snapped. Muscles spasmed in delight, sending cascading pleasure through her.

Breath fled on a sighed, “James.”

How will this article affect how you write sex scenes? Reach out to me on Twitter to continue the conversation @reneegendron