What Makes a Modern Romance Trope?

What Makes a Modern Romance Trope? 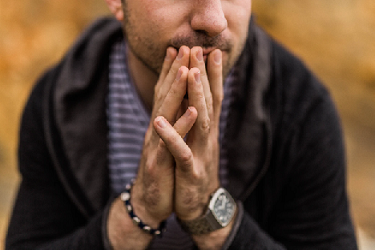 Tropes. Romance readers love to read them and romance writers love to write them. A trope is a common plot element that is easily recognisable. Fans love them because they know what to expect in a story. If you see a picture of a woman in a puffy silk dress with her hand on the chest of a dashing man wearing a brocade waistcoat standing in front of a castle, you know you’re in a for a historical romance—most likely Regency. Regency romances are set during the British Regency period (1811-1820) or early 19th century.

Romance relies heavily on tropes to inform the reader what to expect. Some writers spend their career writing one or two tropes. Let’s see if you find any of these tropes familiar:

What makes these tropes modern? The first thing is agency. Agency refers to the degree of a character’s willingness to make decisions and take action to shape their futures. A character with a high degree of agency sets a goal and works towards it. Do they always achieve the goal? No, but they engage in appropriate behaviours to reach that goal. A character with no agency has things happen to them and makes no effort to improve their circumstances.

Historically, many romances had one lead character, and usually the woman, lacked agency. This was particularly true in historical romances where the female lead needed and waited to be rescued. She batted her eyelashes and smiled when she was told to marry the hero, and things happened to her. I found this trend to be particularly true in many books until the mid-2000s when both main characters started having more agency. In many ways the lack of agency was unrealistic. Historically, different constraints and pressures were imposed upon women and they did not have the same opportunities for education and careers. However, women were active in their communities, they had independent thought, desires, perspectives, knowledge, and spheres of influence.

A second way to give your characters agency is for them to push back against abuse. Whether it’s emotional neglect from parents, a bully of an older sibling or neighbourhood child, a soured first love or some other deep personal trauma, there comes a time when each main character needs to push back. They might be encouraged by their romantic lead, but they need to decide to stand up for themselves. Pushing back against abuse are great scenarios for try/fail cycles. On the first attempt to be assertive, things don’t go well. The character learns, improves, and tries again—something shifts. The abuser pushes back harder. The cycle continues until the character breaks away, realises they can’t change the abuse and comes to internal terms, or rebalancing the relationship based on mutual respect.

A third way to give your characters agency is to give them meaningful decisions. Give them problems and dilemmas that force them to choose between path A and path B. Let’s suppose Emily wants to go to university. To study hard and get the grades she needs for a full scholarship, she needs to stop playing lacrosse after school. She loves lacrosse and hopes to become a professional player. She’s good enough to make the pro leagues but won’t earn enough money to support herself as a professional athlete. If she studies, she has to give up something she loves because none of the schools that offer her program of choice has a lacrosse team. No sports scholarship for her. The decision she makes will have repercussions on her future and create different life strategies.

Remember, some decisions can’t be undone. They will haunt or buoy a character for the rest of their lives. Make sure that each character has at least one critical personal choice to make for their personal goals and one critical choice about the relationship. Generally, the more meaningful choices or dilemmas you give a character, the more robust their arc. Romances are driven by character development, and romance readers relish personal struggle and triumph.

Individual Goals. Decisions with consequences. Dilemmas that alter the future. That’s what makes any trope modern.

How do you give your character agency? Feel free to reach out to me on Twitter.

I want to thank @SStaatz for the topic suggestion.