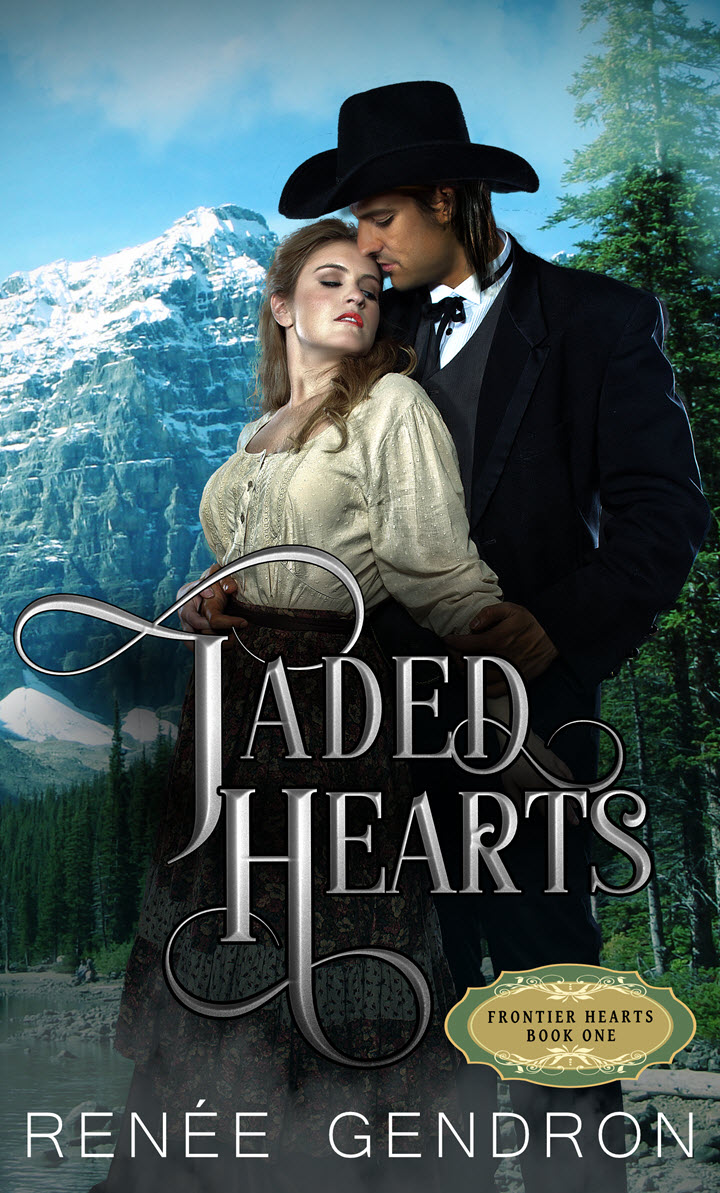 Book 1 - Jaded Hearts:  What’s a woman to do when her future is snatched from her? Fight for it.
More Information Or To Buy This Book

A Frontier Hearts Short Story:
"Vernon Marshall gasped hot, stuffy air. Soaked in sweat and stinking of blood, he hauled in a second breath. Disoriented in the darkness, he lay on his back, something hard beneath him. The tastes of toast and jam and metal on his tongue. An ache pulsed on the back of his head, and dozens more pains protested his movements. Buster was the name of the dog he had when he was five years old. His father had given him cufflinks for his twentieth birthday. Small snippets of a life, but why did he have no recollection of how he was bound and stuffed in a solid box? He swallowed hard against fear. A fear that gave monsters nightmares."
Read The Entire Short Story Free